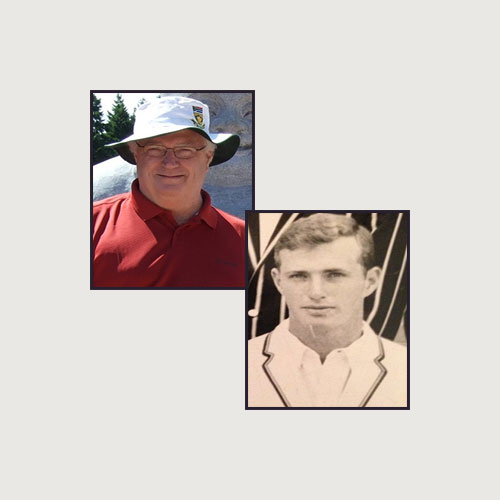 I conscripted to Air Force Gymnasium at Valhalla in 1969 and spent six months at Waterkloof with Mirage squadron as safety equipment technician.

I played sport for a while at Kovsies and Rhodes Universities. Played for South African Universities Invitation Xl soccer team against Argentine Universities in 1970. Played Free State cricket from 1968 to 1973 and soccer for Bloemfontein City until the club folded in 1971.

Joined The Friend newspaper in 1971 as a journalist, but found it interfered with my sports career. Worked retailing sports equipment until 1973.

Relocated to Durban in 1973 to continue cricket with Natal and soccer with Durban City. God changed my life and my focus away from a sports career and I married Glynnis Lowe in September 1973.

Worked for Shell as a territory manager and as owner operator from 1973 until 1994.

In 1994, I emigrated to Canada with Glynnis, our daughter Nicola and son Alistair, where I am the manager for Mid Island Co-op in Parksville on Vancouver Island. Sadly, Glynnis passed away in June 2018.

I have no plans to retire. I plan rather to “expire”.  I enjoy my work: It keeps me focussed and motivated … and I need the income.  I am also able to invest in the development of the future managers, which is quite fulfilling.

Alan sadly passed away on 5 October 2020. What a gentleman he was!  — Tom Ferreira