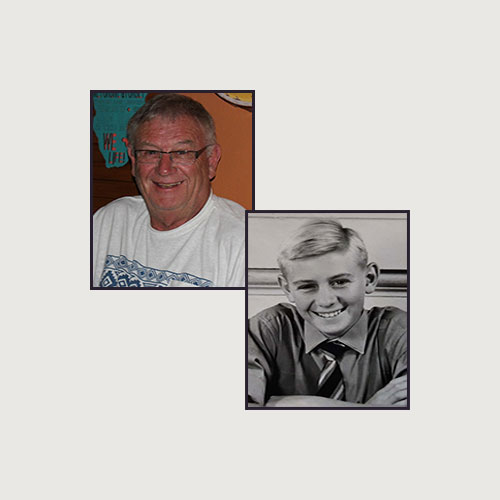 I was fortunate enough to captain Grey’s cricket team as well as the Free State Nuffield team and represent Free State at tennis and hockey at school.

After leaving school, I was in the retail business until 1990. I then bought into a sport shop in Bethlehem, which I later sold to go into full-time tennis and cricket coaching.

I started a cricket and tennis academy working in most of the towns in the Eastern Free State. During this time, I was approached by one of our local schools to act as their sports organiser. During my time there, I started a school tennis tournament for primary schools and after a while decided to organise sport events full time.

This has led me to hosting five or six tennis tournaments, marathons and golf events during the year. I have been a Bethlehem resident since 1975 and freeze my balls off each winter. My hobbies have remained sport orientated during the course of my life and I have enjoyed playing tennis and cricket. In November 2020, I was also fortunate enough to be awarded the Takealot franchise for the Eastern Free State, which resulted in me being busier than ever before.

I am married (to the same wife), have three children and seven grandchildren. My fond memories of Grey will always remain the camaraderie, friendships and the gang of smokers behind the tuck shop.