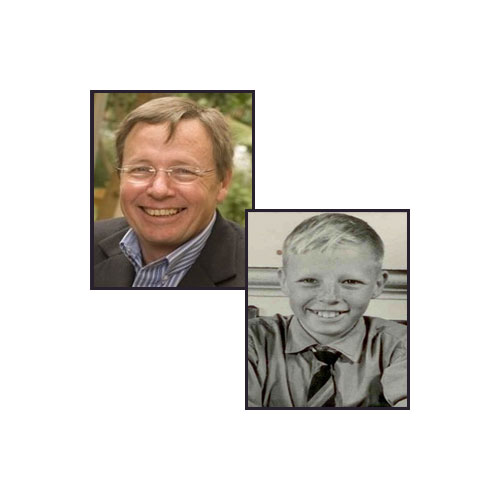 Having left Grey in 1968, I went to do my bit for PW et al and became a mortar specialist for 3 SAI in Potch.  Spent quite a bit of time on the border in the Caprivi strip and had a lot of fun. Went to Stellenbosch in 1970 and qualified in 1974 as a Civil Engineer – much more fun than school!

Married Tush in 1975 and went on to live in Johannesburg, followed by a 2-year stint in Paarl on the DuToitskloof Pilot bore tunnel.

Joined VKE consulting engineers in 1978 and left in August to do an MSc at the University of Texas in Austin. Our daughter, Beth, was born in Austin in 1979 and followed shortly after we returned to SA in 1980 by our son, André.

Joined Round Table in 1982 in Pretoria during which time we made many new friends.

Retired from VKE, which had in the meanwhile merged with SMEC of Australia, in 2019 and I am now happily retired in Hermanus. I often see Lanties (at bowls as well) and Thys Wessels, who lives just around the corner.

I am the proud grandfather of four grandchildren: two girls in Hong Kong, where Beth lives with her husband, and two sons to André in Cape Town.